This weeks weekly photo challenge from Daily Post is Letters.

“For this week’s challenge, share a photo with letters — no matter the alphabet. As you look through your lens, think about how your image might convey something bigger: a snapshot of how we communicate with one another, even if we don’t speak the same language.” 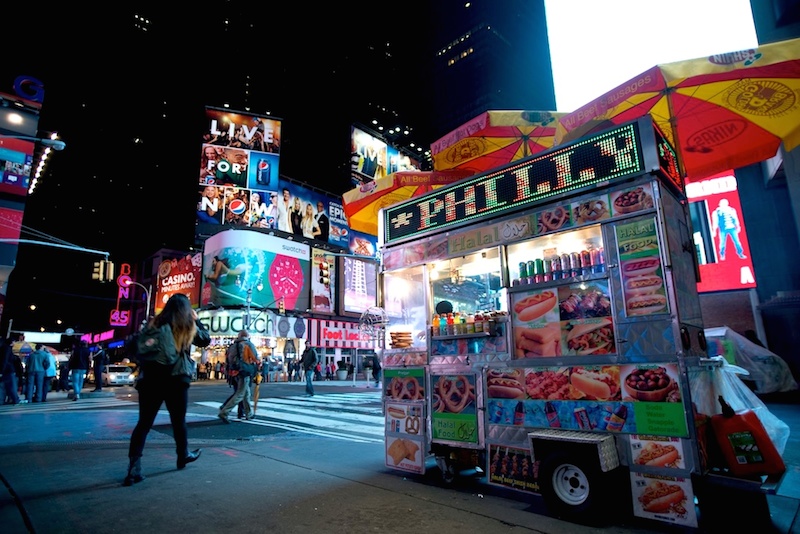 Two years ago I visited New York for the first time.  Wow, and I mean wow!  That place blew me away and I would love to visit again in a heartbeat.  The streets, the people, the architecture and the raw energy of the place were all amazing.  You want cross cultural communication?  How about halal hotdogs in Manhattan!

One day I’ll be back baby.

West Lake (Chinese: 西湖, Xī Hú) is a freshwater lake in Hangzhou, the capital of Zhejiang province in eastern China. It is divided into five sections by three causeways. There are numerous temples, pagodas, gardens, and artificial islands within the lake.

West Lake has influenced poets and painters throughout China’s history for its natural beauty and historic relics, and it has also been among the most important sources of inspiration for Chinese garden designers. It was made a UNESCO World Heritage Site in 2011, described as having “influenced garden design in the rest of China as well as Japan and Korea over the centuries” and reflecting “an idealized fusion between humans and nature”.

I travelled there in spring last year and was able to take some photos at a small island on the lake itself. 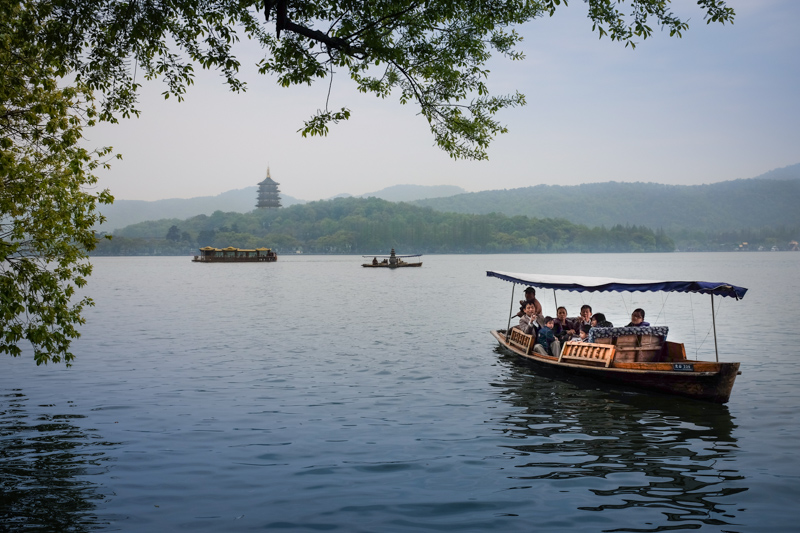 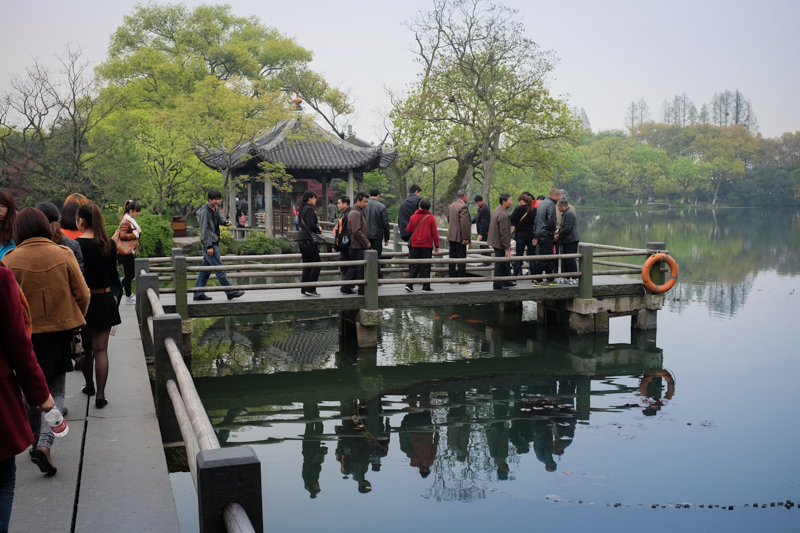 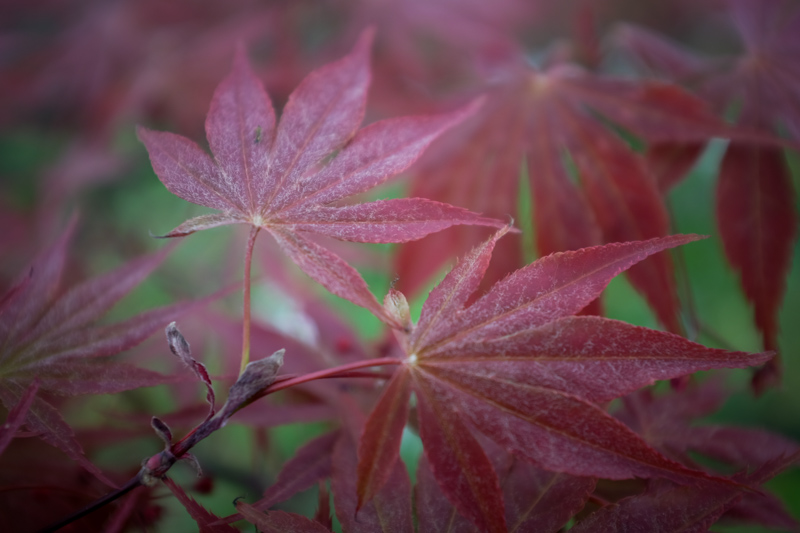 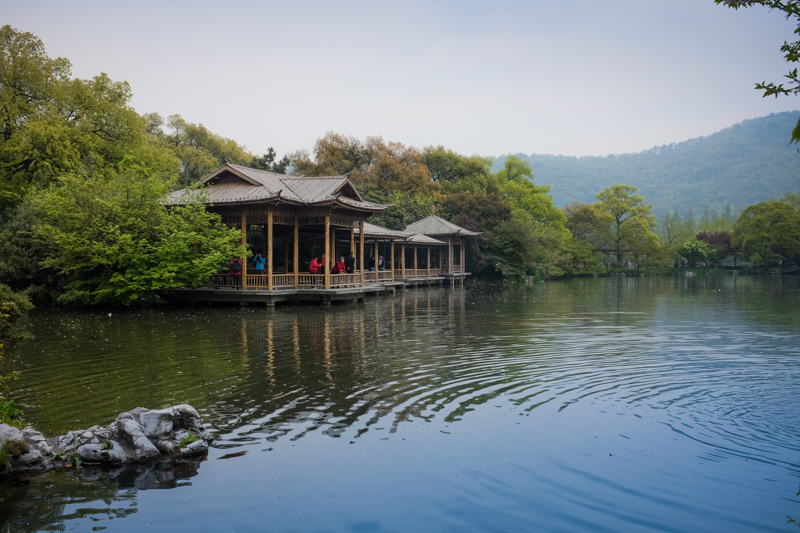 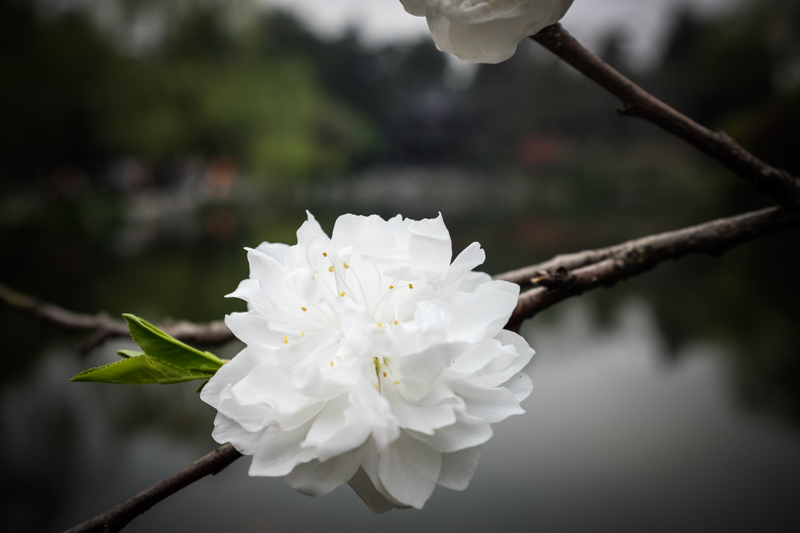 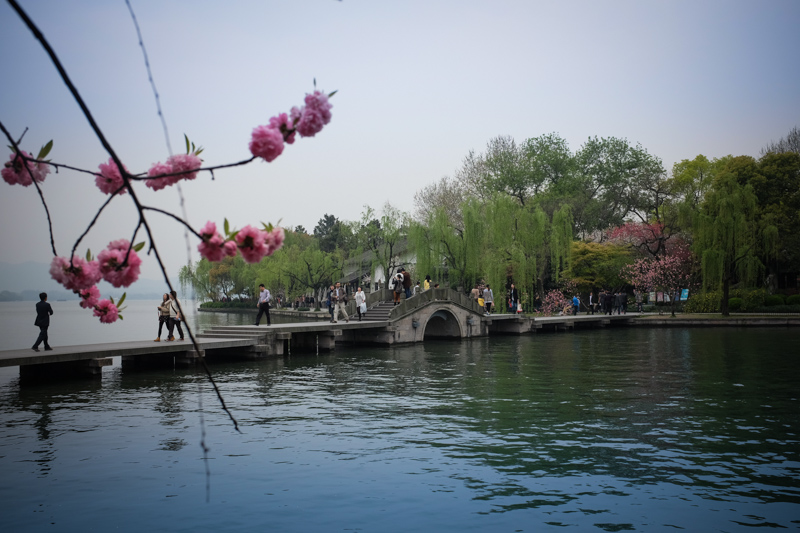 This weeks weekly photo challenge from Daily Post is On Top.

“It can be a feeling, a perspective, or a physical location — share a photo that says ‘On Top.'”

This weeks weekly photo challenge from Daily Post is Monument.

“The Eiffel Tower? Stonehenge? Your town’s sole traffic light? For this week’s photo challenge, blow us away with your take on the monumental.”

This sculpture of a SARS protease inhibitor active cleft (protein structure) is a monument to the men and women scientists working at Biopolis and the whole Biopolis research community for their efforts in discovering many aspects of the SARS virus, including the structure of the SARS protease.

“Severe acute respiratory syndrome (SARS) is a viral respiratory illness caused by a coronavirus, called SARS-associated coronavirus (SARS-CoV). SARS was first reported in Asia in February 2003. Over the next few months, the illness spread to more than two dozen countries in North America, South America, Europe, and Asia before the SARS global outbreak of 2003 was contained. […] According to the World Health Organization (WHO), a total of 8,098 people worldwide became sick with SARS during the 2003 outbreak. Of these, 774 died.” ©CDC.gov

In this photo I like the juxtaposition of a virus related sculpture (viruses being a symbol and cause of death and disease) with the reflection of the tree (in the lower right of the photo), symbolising life.

For more information on this sculpture please see the plaque below:

I had other plans for Sunday (13th Apr) but finding that they weren’t possible I decided to go wandering with my trusty X100s around City Hall and Bugis.

Singapore has a very diverse population of local Chinese, Malays and Indians as well as expatriate workers from all over the world including Europe, the Americas, the Philippines, Thailand, Indonesia, Myanmar, China and many other countries in east Asia and the Pacific.

Miraculously, for the most part, this huge diversity of races, religions, nationalities and philosophies coexist quite peacefully and successfully here.

Couple
This couple is an American lad and tiny local Indian lady.

Whether you find dealing with people enjoyable, infuriating, or fascinating, one thing is certain, you’re unlikely to escape being around them in a bustling city like Singapore.

I enjoy wandering the streets on the weekend and I find that there is always something or someone interesting to put in front of my lens. 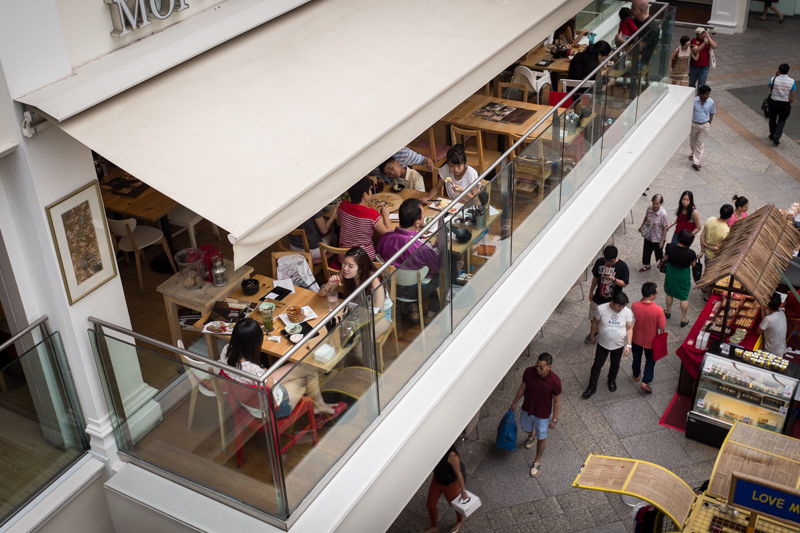 Uncle
Older men in Singapore are honorifically called “uncle” and older women referred to as “aunty” even when they are not related to you and have no relationship to you at all.  For instance in a taxi it is perfectly normal and acceptable to refer to the driver as “uncle” when conversing with him.  You may even find people only a few years younger than you referring to yourself as uncle/aunty if you visit here.

Birds on a wire 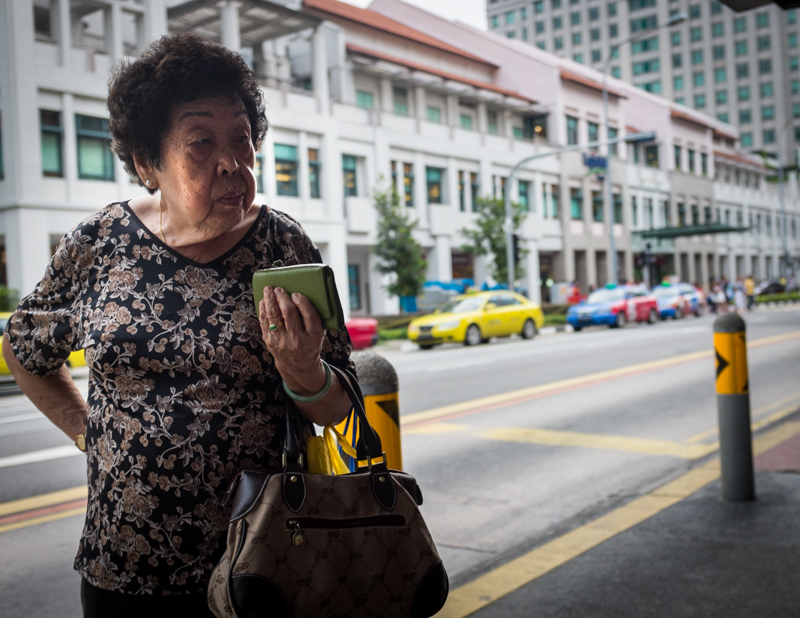 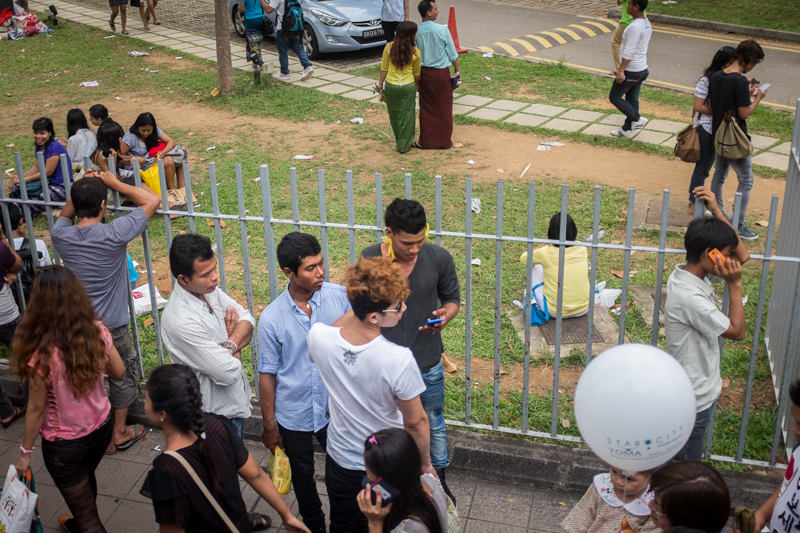 Thingyan
Thingyan is the Burmese New Year Water Festival.  Many people from Myanmar (former Burma) were out on the streets celebrating, mostly around City Hall and Peninsular Plaza on Sunday (13th Apr).

Aircon
In the steaming heat of the tropics air conditioning is an essential element of office, shopping, and frequently, home life here.

This weeks weekly photo challenge from Daily Post is Threshold.

“A threshold is a point of entering; that point just before a new beginning — that split-second moment in time, full of anticipation.”

My son is perceiving two thresholds in this frame. Having just turned 6 years old, he is on the threshold of beginning school life and at that very instant was very much anticipating the train arriving and beginning his journey.

One of my favourite areas of Singapore at night is China Town.  Quite often in the evening the tourist count can decline and if you wander away from the main restaurants and watering holes you can start to find more interesting areas.

A typical view of one of the more “local” style Chinese seafood restaurants.

Fixed pricing can often be less fixed than you might think. 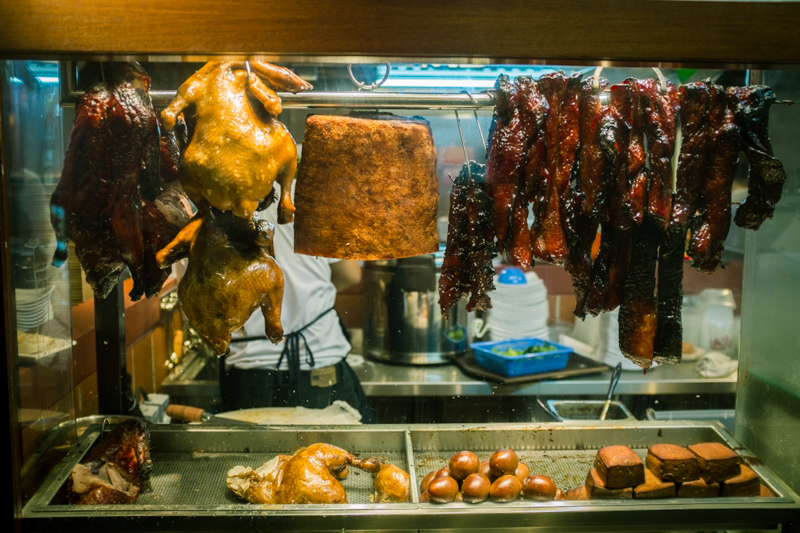 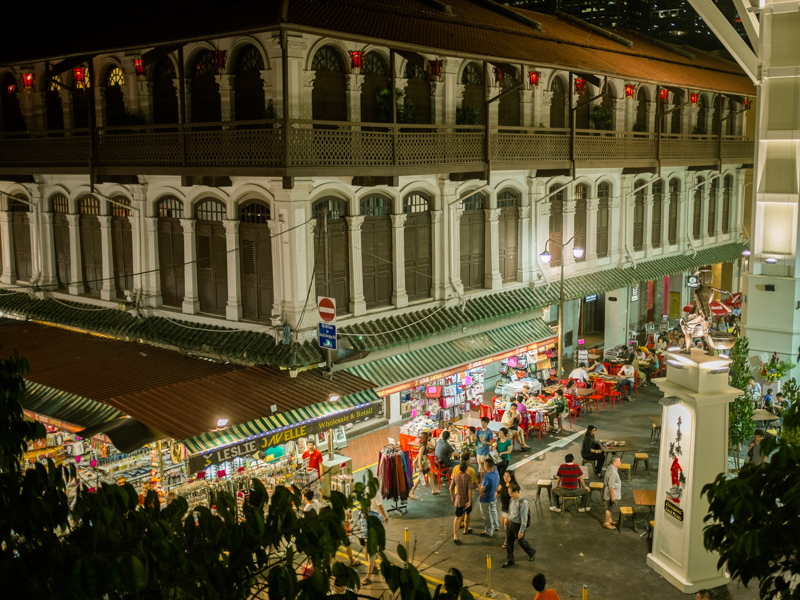 A stunning display for Chinese Year of the Horse stampedes between New Bridge road and Eu Tong Sen street closely followed by a hail of traditional Chinese coins promising prosperity for the coming year. 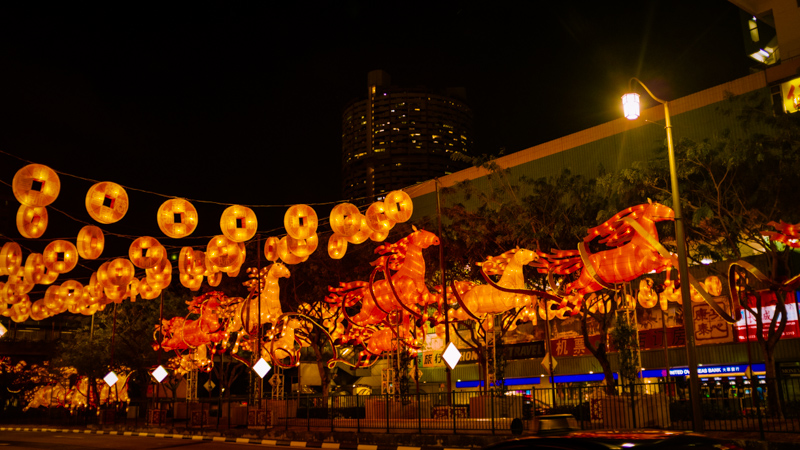